His four brothers, six sisters, and the thousands of other boys and girls who grew up with them on Princeton Avenue in Hubbard, Ohio, were busy with a thousand and one things, but Paul was always building things.

Not much interest in sports, no use for college, he just wanted to build things.

So he went to trade school, joined the union, and got a job with a carpentry shop north of town. He married Roberta (known to everyone as Robbie) in 1975, and within three years they had had their first two kids.

It was shortly after the birth of their second that Paul realized that he needed to set out on his own.

Crowe’s Cabinets was born. Paul was the sole employee, and Robbie the bookkeeper.

Slowly but surely, through sheer determination and hard work, everything grew:

And it was truly a family affair. As soon as Paul and Robbie’s kids—all six of them—were old enough to push a broom or run a vacuum, they would learn the value of hard work, seeing a project through to a successful completion, and earning a buck.

Eventually, Tim, their third child and second son, came on full time, working in production as a high schooler, then moving to the office.

In 2013 Crowe’s Cabinets finally yielded to the reality that the 6000 square-foot, twice-expanded building in the Crowe’s back yard was simply too small. They more than doubled their production space when they moved to the current facility off of Western Reserve Road. The new facility enabled even more growth, but it did mean that Paul and Robbie had a commute of more than 90 feet for the first time in 35 years.

In 2018 Robbie was pleased to retire from being the company bookkeeper and office manager, turning those duties over to Tim’s wife, Diane. Robbie now enjoys spending as much time as she can with their three grandchildren.

Paul has turned over the reins of Crowe’s Cabinets to Tim, but he still plays a vital role in the company, passing on his knowledge of craftsmanship, processes, and engineering to the next generation of builders, and getting back to what he’s always loved: building things. 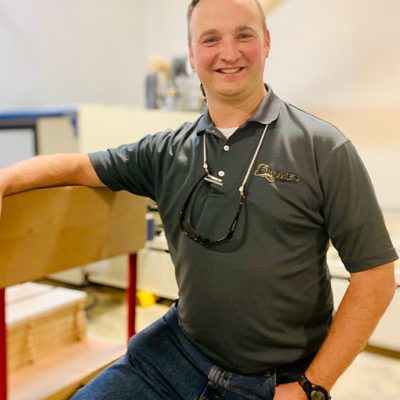 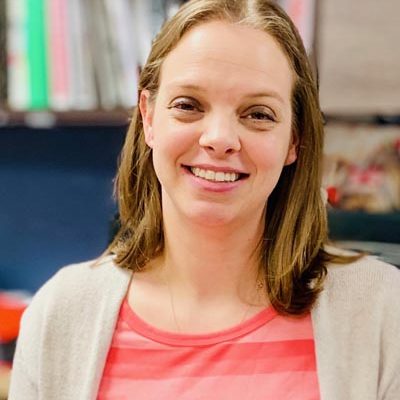 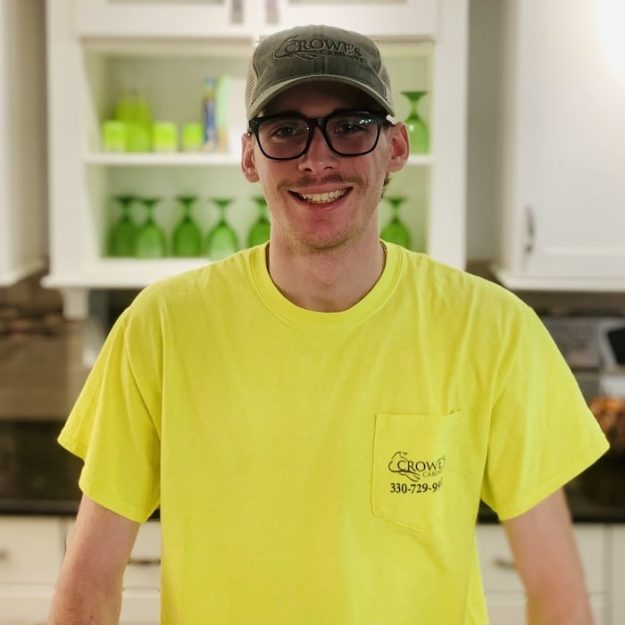 Shane Salyers
Tell Us About Your Project
Go to Top